It’s that time again! Dewey’s October 24-Hour Readathon is less than 2 weeks away!

The readathon runs from October 22nd to the 23rd and encourages reader interaction and discussion via readathon challenges, blog posts, and social media. This will be my second readathon, and what better way to celebrate than with a Halloween themed TBR!? I’ll also be going to a beer fest that day (planned way before I realized it would be the same day) but I’m not letting that get in the way! I’ll still be reading before and after and posting regular check-ins on the blog.

Want to join in the fun? Find sign-ups here! 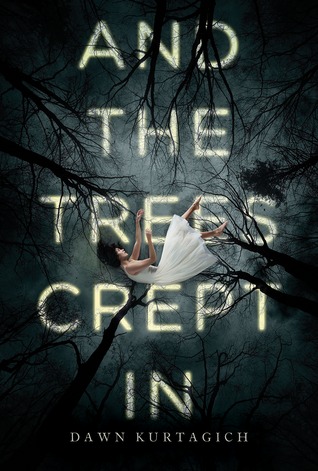 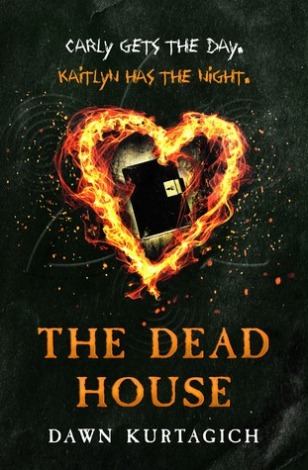 I flew through And The Trees Crept In last weekend – it’s the perfect paranormal psychological thriller for the season! The story follows two sisters as they arrive at their aunt’s home, a blood red manor in the middle of the woods, but as their aunt slowly loses her sanity, the girls are left alone and the trees are growing closer. In The Dead House, the old diary of a student, killed during a fire in the school, is found, raising new questions about the fire and revealing a web of lies and murder. If you’re looking for a fast paced, thrilling read for the season, Dawn Kurtagich’s got you covered! 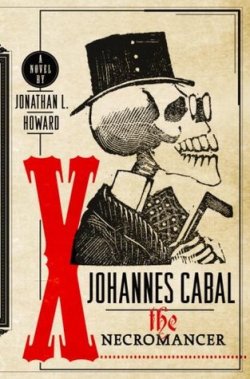 Johannes Cabal sold his soul to the Devil in exchange for the secret of necromancy, but now, his seemingly innocent trade is getting in the way of his work. Amused with the callousness of young Cabal, Satan proposes a simple wager: persuade a hundred people to sign their souls to the Devil or he’ll be damned forever. But Johannes Cabal is not going to give up easy and, in agreement, signs on with a traveling carnival to complete his task in the allotted year. A captivating gothic, hilariously wicked series featuring nonsensical demons, a charismatic vampire, and a motley crew of zombies, Johannes Cabal is sure to be a new favorite. 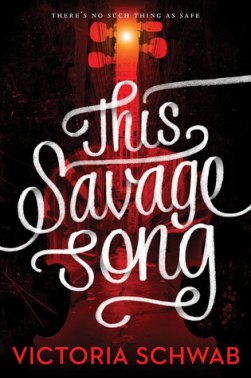 This Savage Song by Victoria Schwab

Verity is a city of monsters, a city of shadows long left to its own devices as acts of violence breed living, breathing monsters. Thankfully, one man has offered protection, a power hungry feudal lord who will stop at nothing to control the city, even when reduced to rubble. That man, unfortunately, is Kate Harker’s father, but she’d do anything for him so long as it meant she could stay in the city, the last home she’s ever known, the last place her mother was alive. August Flynn is a different breed, as a Sunai he’s deeply feared, and rightly so, stealing the souls of evil men with one simple tune, but he’d give anything to be human, to be normal. Enemies from the start, they’ll have no choice but call a truce in order to survive, to save the city they call home. 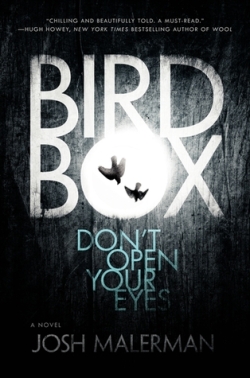 Imagine a world where a monster is standing right next to you, breathing on you, smelling you… it could be doing anything, it could BE anything, but you’d never see it. One peek, and you’ll die. This is the only world Malorie’s two children have known, the world had fallen apart days after she discovered her pregnancy, but now that the children are four, it’s time to leave the comforts of home, not that there’s any comfort left there. The others have long disappeared, the food has run out, and a stranger is following them. Out of options and with undeniable courage Malorie makes the long journey blindfolded and without a guide, hopefully carrying her children to safety. 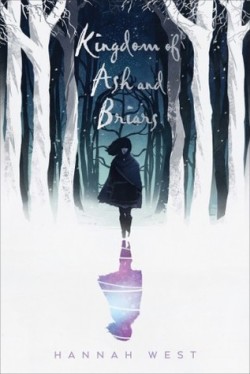 Kingdom of Ash and Briars by Hannah West

A brand new fantasy release, Kingdom of Ash and Briars is a YA retelling of fairy tale classics Cinderella, Sleeping Beauty and Mulan. Bristal, born poor and orphaned at an early age, discovers she’s of an ancient line of immortal elicromancers. Sworn to protect human kind and seek goodness, but torn to test the limits of her powers, Bristal struggles to define herself as she disguises herself as a soldier and plays fairy god mother to cursed princesses, but with a powerful threat looming, her time to choose is running out as supernatural war breaks out. 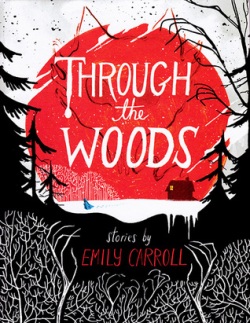 Through the Woods by Emily Carroll

From acclaimed comic creator Emily Carroll comes Through the Woods, a graphic novel featuring five mysteriously eerie tales. Reviewed by many as thrilling and completely terrifying, though more unsettling than gory, Carroll’s fairy tales are sure to fright in the most entertaining of fashions. 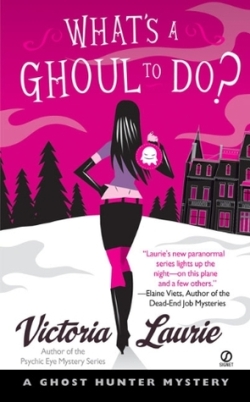 What’s a Ghoul To Do? by Victoria Laurie

The first installment of Laurie’s Ghost Hunter Mysteries Series, M.J. Holliday is an adventurous spiritual medium who runs a ghostbusting business with her best friend Gilley Gillespie. Together, they’re hired by the handsome (and rich!) Dr. Steven Sable who claims his grandfather’s death wasn’t an accident. Trouble is, he’s not the only ghost looming the halls of the family lodge… I’ve been a long-time fan of Laurie’s Psychic Eye Series, but now that I’m all caught up, I might as well start another! 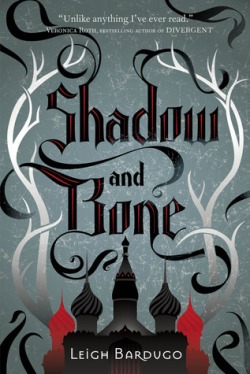 Shadow and Bone by Leigh Bardugo

“Surrounded by enemies, the once-great nation of Ravka has been tornin two by the Shadow Fold, a swath of near impenetrable darkness crawling with monsters who feast on human flesh. Now its fate may rest on the shoulders of one lonely refugee.” A lavish world threatened by impenetrable darkness, the fate of the land rests in one girl’s hands with powers of unknowable strength. I may be the last book blogger left who hasn’t read the Grisha Series, but there’s not time like Halloween for a monstrous fantasy! 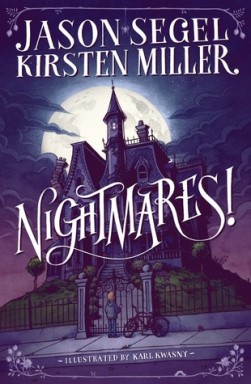 Poor Charlie, sleeping is riddled with nightmares, but now his waking life is even worse off! First his dad married a witch and now they have to move into her seriously creepy mansion – he can’t even remember the last time he got some sleep. Just when it couldn’t get any worse, his nightmares begin mysteriously slipping from his dreams and into the waking world! A hilariously terrifying, middle-grade series by How I Met Your Mother star Jason Segel and illustrated by Karl Kwasny. 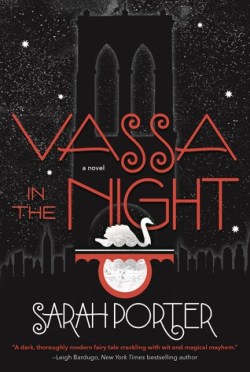 Vassa in the Night gives the Russian fairy tale Vasilisa the Beautiful new life (you can read the fairy tale in full here). Retold in modern day Brooklyn, Vassa has one last gift from her late mother: the magical, tough-talking, kleptomaniac doll Erg. Together, they’ll need sharp wits and a cunning ferocity to break the witch’s curse and save the neighborhood. Full of secrets, wondering hands, and spinning worlds, Vassa in the Night will keep you on your toes ‘til the very end.

Are you readathoning? What will you be reading?