Somewhere in the realm between skeptic and believer, I can’t help but love listening to ghost stories and other paranormal legends – who doesn’t? With Halloween approaching, all of my favorite podcasts are stepping up their game with the thrills, making for some spectacularly spooky podcasts!

I first started listening to Real Ghost Stories Online when they first started shop in 2014 when they interviewed House of Darkness: House of Light author Andrea Perron – the youngest of the Perron family who actually lived through the horrors of The Conjuring! Her story is absolutely terrifying! Back to the podcast though, listening to the podcast is like sitting around a campfire with friends sharing spooky tales, thanks to hosts Tony and Jenny Brueski. They sound incredibly normal and approachable which I think adds to the comfort level of listeners who call in to share stories – they get some amazing first-hand accounts!

A deeper look into popular myths and legends, Lore “exposes the darker side of history, exploring creatures, people, and places of our wildest nightmares.” And that’s no joke. Some of the tales that host Aaron Mahnke shares are truly bizarre. Get ahead of the trend now, Lore is set for a television adaptation in 2017, with a little help by Walking Dead producers!

Brought to you by Nerdist, Bizarre States is hosted by the delightfully entertaining Jessica Chobot and Andrew Bowser. The show has changed a bit over the years, starting out with urban legends, strange news stories, personal encounters and listener stories, the pair have branched out to include larger stories and interviews from horror film directors/writers. One of my favorites is their episode on the Berenstain Bears conspiracy (episode #43).

The Black Tapes is a serialized docudrama produced by the masters of strange storytelling The Pacific Northwest Stories and hosted by Alex Reagan, following one journalist’s search for the truth behind paranormal investigations and the mysteries uncovered. You won’t want to believe it’s fiction!

Here There Be Monsters Podcast

Hosted by Derek Hayes, Here There Be Monsters shares news stories, first-hand accounts by listeners, and the host’s own experience with cryptid creatures, UFO sightings, ghosts and other paranormal sightings. 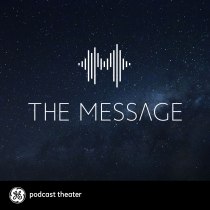 Similar to The Black Tapes, The Message is also a serialized docudrama following host Nicky Tamalin as she uncovers the hidden meaning of a message recorder 70 years ago from outer space. Over the course of the 8 episode show, you’ll follow top cryptologists as they rush to decipher and understand the alien message, all in the midst of a world-wide pandemic. You won’t want to stop listening! 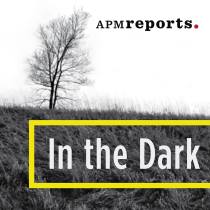 The new IT podcast for fans of Serial. While not necessarily creepy, In the Dark will have you haunted by the truth behind a 27-year child abduction investigation that changed our nation forever. News of Jacob Wetterling’s disappearance from rural Minnesota first broke in 1989, an unsolved case that brought us the phrase “stranger danger”, forever changing the way we parent and led to the creation of the nation’s sex-offender registries. Reported by American Public Media.

An all-female cast, History Goes Bump is hosted by Diane Student and Denise Moormeier, featuring interviews and discussions of some of the most mysterious events and places in history. Described as “ghost tours for the theater of the mind”, the show will take you through the historical hauntings of The Tower of London to the mysterious depths of the Paris catacombs, plus a slew of lesser-known haunted homes and lighthouses.

What are your favorite podcasts for Halloween?

4 thoughts on “8 Podcasts for a Spectacular Spooktober”