This week on Broke and the Bookish, we’re talking Fall TBR lists! Fall is a time for magic, for history, and a time for love gone wrong – or at least that’s what I always end up reading this time of year. A few I’ve already finished or reading now, but even so, these are sure to be some of my favorite reads of the season!

The Trees by Ali Shaw

Adrien Thomas has never been the hero. Quite the opposite, the very image of candles burning near a table cloth is more than he can take, and after years struggling with anxiety and listlessness, his wife has finally convinced him to give up teaching in pursuit of something better… but that was more than a year ago. Now, while his wife is away on a business trip, his only plans are Spaghetti westerns and greasy Chinese food, until the trees decide otherwise. Without a warning, his serene suburb is transformed into a monstrous woodland, but not just his tiny town, but the entire world, taken by the trees and sending Adrien on the journey of his life.

To the Bright Edge of the World by Eowyn Ivey

Commissioned to explore and navigate the impassable Wolverine River across the uncharted wilds of the Alaskan frontier, Lieutenant Colonel Allen Forrester sets off with a small group of men to face the unknown. Leaving his newly wed wife alone and with child, his journey is marked with uncertainty from the start, a dread only deepened by his witness to inexplicable spirits who haunt the canyon beyond. 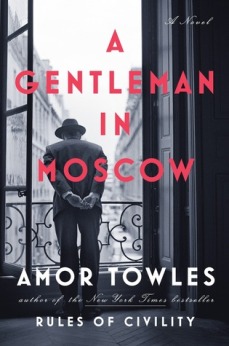 A Gentleman in Moscow by Amor Towles

Following the life of Count Alexander Rostov, his story begins in 1922 when the Count is deemed “unrepentant” and sentence to house arrest, but rightly assumed as “the luckiest man in Russia”, Count Rostov is to live out his sentence in the grandeur of the Metropol Hotel. As the years go by, so life continues for the Count, and as Russia undergoes revolutionary changes, so does life in the Metropol. Written much in the fashion of Anna Karenina and rich with Russian history and culture alike, A Gentlman is sure to be one of my favorite reads this year.

Little Nothing by Marisa Silver

Born a dwarf to a peasant family at the beginning of the last century, Pavla is scorned for her physical deformity. A beautiful story of war, of magic, of what it is to be alive, Pavla’s story is extraordinary, defying all odds as her desires lead to incarceration. A truly unique, daring tale I can’t wait to read!

Vassa in the Night by Sara Porter

Vassa in the Night gives the Russian fairy tale, Vassilissa the Beautiful, new life. Retold in modern day Brooklyn, Vassa has one last gift from her late mother: the magical, tough-talking doll, Erg. Together, they’ll need sharp wits and a cunning ferocity to break the witch’s curse and save the neighborhood. 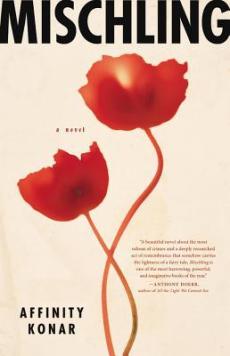 The Mischling by Affinity Konar

Revealing one of the darkest stories in human history, Mischling defies all expectations “to show us the way toward ethereal beauty, moral reckoning, and soaring hope.” A World War II story unlike any I’ve read, the novel tells the tale  of twin sisters from the unknown terrors they’re subjected to as part of the experimental population of Auschwitz to regaining their freedom in a new world. A must read this season. 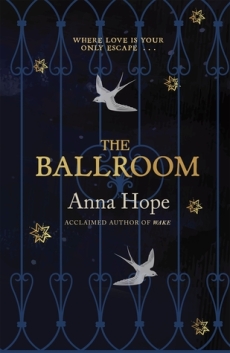 The Ballroom by Anna Hope

“Set over the heat wave summer of 1911, the end of the Edwardian era, The Ballroom is a tale of unlikely love an dangerous obsession, of madness and sanity, and of who gets to decide which is which.” A lover’s tale in the midst of an insane asylum, sure to be a fantastic fall read! 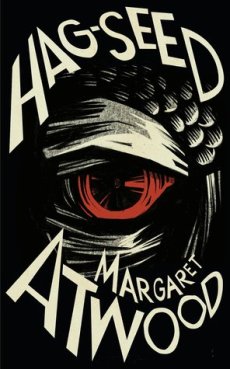 A re-visiting of Shakespeare’s The Tempest, and the fourth installment in the Hogarth Shakespeare series, Atwood’s novel takes place as a play within a play as theatre director Felix finds himself with the boot and lands teaching theatre at the local prison. With the newfound possibility of revenge, he and his unusual cast find themselves taking part “in an interactive and illusion-ridden version of The Tempest that will change their lives forever.”

At the start of the war, Hannah’s charmed life would change forever. No longer welcome in Berlin, her family fled Germany in hopes to find asylum overseas, but what begins as a celebratory journey to safety shortly turns to desperation as their ship is denied entrance to the United States and sets sail for Cuba.

A Hero of France by Alan Furst

Though released back in May, I’ve finally landed a copy of A Hero of France. Full of espionage and suspense, Furst captures Paris at the height of the Nazis occupation, but the leader of the French Resistance has returned, gathering support from courageous citizens to make history.

What will you be reading this fall?