On this week’s Top Ten Tuesday, hosted by Broke and the Bookish, we’re sharing out top ten hidden gems from 2016. I’ve shared most of these titles time and time again, not to be repetitive, but because they were some of the best books I read in 2016! And all under 2,000 ratings each on Goodreads, they deserve some love. 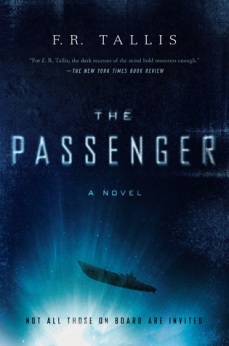 The Passenger by F.R. Tallis: 145 Ratings

The Passenger is a gripping tale of a German submarine haunted by the lingering spirit of a mysterious prisoner. While bound by duty and position, captain Siegfried Lorenz finds himself questioning not only the war itself, but the mysterious and seemingly nefarious intentions of his commanders – the very commanders that call his ship to the coast of Iceland to carry two mysterious passengers a sea.  Like any other submarine at war, the ship is constantly under threat as they approach enemy lines, but one disaster after another leaves them desperate, taking unimaginable risks and defying all odds to make it back ashore. More than a WWII novel, more than a haunting, The Passenger is a story of life, of war, and personal value.

Set in a future post-apocalyptic world after a devastating epidemic caused by electro-magnetic pulses, technology has been abandoned, but Nell Crane has other ideas. Daughter to the famed doctor who saved the city with his revolutionary biomechanical limbs, Nell struggles to find her place in society, but after finding a tattered old mannequin, she’ll put aside long held grudges toward computers to recreate the future.

Kingdom of Ash and Briars by Hannah West: 301 Ratings

Orphaned and wondering alone on the outskirts of the village, Bristal is taken in by a loving kitchen maid, but her mysterious past will soon catch up as rumors of magical enchantments spread. With a knack for shape-shifting, she unexpectedly finds herself among the two remaining elicromancers, an immortal race bound by magic to protect and guide the human realms toward peace. Barely sixteen, and untrained, Bristal finds herself caught between an all-out supernatural war between ancient powers, placing her into a life of servitude. As they ready themselves for war, Bristal will protect them as best she can, fostering a hidden princess, disguising herself as a soldier to lead a prince to battle, and masquerading as fairy godmother to a young lady in order to join neighboring crowns. Combining element from Cinderella, Sleeping Beauty and Mulan, Kingdom of Ash and Briars is a beautifully written debut that will satisfy your cravings for fairy tale endings.

The Secret Horses of Briar Hill by Megan Shepherd: 434 Ratings

A charming yet poignant mix of Secret Garden and the mythos of Narnia, The Secret Horses of Briar Hill will leave you desperate for more… and needing a bit more tissue. Set in the halls of a World War II hospital for children, Emmaline is a patient suffering from illness and loss alike, but she has a secret too: there are little winged horses that live in the mirrors. 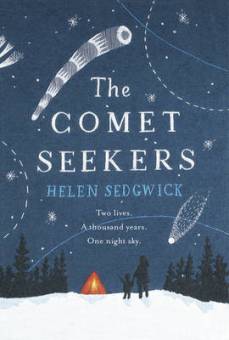 A masterful tale of love and family, of challenge and courage, The Comet Seekers is a celebration of our capacity to love and start again. From an early age, hundreds of miles apart, Roisin and Francois have longed for adventure, but struggled time and time again to balance their wonderlust with a deep attachment to family. Spanning continents and centuries, theirs is a love story written in the stars, showing us the world is never quite as big as it seems.

The Trees by Ali Shaw: 709 Ratings

No apologies here – I will never stop raving about this book! Adrien Thomas has never been the hero. No, quite the opposite, the very image of candles burning near a table cloth is more than enough to send him over-edge. Having left his teaching position in search for a higher calling, Adrien’s spent the last year on the couch hiding Chinese take away from his wife hoping to find an answer to his problems watching spaghetti westerns… but the trees have other ideas. Without warning, in the darkness of night, a serene suburb is suddenly transformed into a monstrous woodland, the kind of forest only known to history books, but not just this tiny town, the entire country, perhaps the entire world, has changed, sending Adrien on the journey of his life. 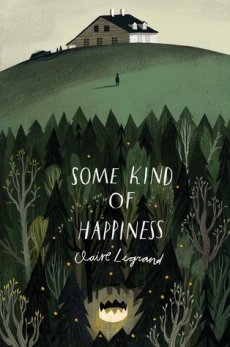 Some Kind of Happiness by Clair Legrand: 798 Ratings

Finley’s entire world in on the verge of change: her parents are having marital problems (though they say it’s nothing), she’s being sent to her grandparents’ home for the summer (but she’s never even met them), and her blue days are quickly outnumbering the happy (and she doesn’t know why). Her only retreat is in the pages of her notebook, in a magical place called the Everwood – that is, until, she realizes the magical forest of her imagination is real, hiding behind her grandparents’ home all this time. Full of magic, family, and unyielding sadness, Some Kind of Happiness is a beautifully written middle grade novel that perfectly executes the tricky subject of childhood depression. 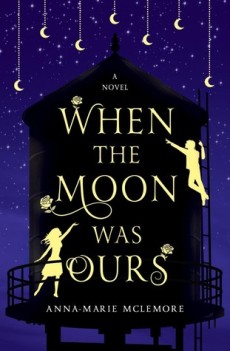 When the Moon Was Ours by Anna-Marie McLemore: 883 Ratings

Inseparable since childhood, Miel and Sam have been best friends since the first day Miel was found in the water. Rumors quickly spread of her spilling out from the water tower, how her own mother tried to kill her, and her, a seemingly innocent five-year-old growing the roses of betrayal from her wrists. Of course Sam isn’t stranger to rumors either, being of Italian-Pakistani descent in a small town and a secret too big for one person to keep hidden. United together, they’ll discover the power of self-acceptance in the face of blind intolerance.

The Chimes by Anna Smaill: 1,635 Ratings

Set in a world where the written word has been long forgotten and new memories are lost in an instant, only music remains. After his parents’ deaths, Simon is left alone, wondering the countryside with little else than the clothes on his back and a few small memories, one pointing his way to London. Forging the lines of literature and music, Simon’s journey is a story of tenacity and spirit as he searches through chaos for a clue to the past, for a single memory to save them all.

The Girl Who Drank the Moon by Kelly Barnhill: 1,854 Ratings

An epic middle grade fantasy about an enmagicked young girl raised by an old, forgetful witch, a bog monster, and a perfectly tiny dragon. Every year, the people of the Protectorate leave an offering to the witch in the woods: the youngest child of the realm. And every year, the witch finds an abandoned baby in the same peculiar spot in the woods, but this year is different from the last. Rather than pull starlight to feed the forgotten babe, she mistakenly pulls moonlight instead, filling the child with an extraordinary power. As Luna’s magic blooms, her grandmother struggles to teach a boisterous five-year-old control, but when all attempts fail, she decides to lock it away until the child is finally old enough to understand. Full of charm and humor, The Girl Who Drank the Moon is no doubt my favorite new fairy tale.