There are plenty of new releases to keep us busy this November! From new YA to contemporary to historical fiction, there’s something for everyone this month – just in time for holiday gifting!

A brand new YA science fiction novel! The Diabolic follows the heir to the galactic Senate, Sidonia, and her protector, Nemesis. Sidonia’s lived her entire life with Nemesis by her side, there’s nothing her Diabolic wouldn’t do for her, but when the Emperor summons Sidonia to the Imperial Court as a hostage, Nemesis is given no choice – she must go in Sidonia’s stead. With the Empire on the edge of rebellion and Sidonia’s life in her hands, Nemesis must find the strength from within, an inner humanity she’s been told time and time again she’ll never have. Part I, Robot, part Padme Amidala (Star Wars), I can’t wait to read this one! (416 Pages)

A beautifully written novel by the prolific Alice Hoffman, Faithful is a powerful story about feeling unworthy of happiness or success, the power of guilt, and finding strength within yourself. Shelby Richmond is just like any other teenage girl, happy and full of promise, until the night it all changed. On the way to a party, a car accident leaves her friend in an indefinite coma while Shelby walks away unscathed. Burdened by guilt and remorse, Shelby resigns herself to a life of misery, finding herself unworthy of even an ounce of happiness, but a watchful angel believes otherwise. (272 Pages)

By the author of Cinder (The Lunar Chronicles), Heartless fills in the blanks on the infamous Queen of Hearts, a girl who just wanted to fall in love and on her own terms. But, in a world of twists and tongues, fate is bound to fuddle the path to happiness, making for one of my most anticipated retelling of the year! (416 Pages) 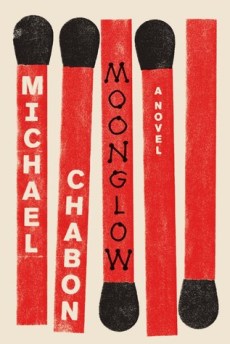 Inspired by his own grandfather, author Michael Chobon weaves an inspiring tale as the narrator’s grandfather reveals his life’s confessions at his deathbed. Full of madness, adventure, love, and war, Moonglow is an American story introducing a unique class of characters from the Jewish slums of Philadelphia to the German invasion to New York’s Wallkill Prison to the ordinary luxuries of a Florida retirement village. As daring as it is groundbreaking, Moonglow is a complete masterpiece. (448 Pages)

The Fate of the Tearling by Erika Johansen
November 29th

The third and final installment to the Tearling trilogy, I’m not sure if I’m ready for this one yet! In less than a year, Kelsea Glynn has transformed from an awkward, know-it-all teenager into the powerful Queen of the Tearling, headstrong, wise, and full of courage. Left in the midst of an invasion, Kelsea did the unthinkable, giving herself and her magical sapphires over to the enemy, naming the head of her guards Regent of the kingdom. Now, imprisoned in Mortmesne, Kelsea has a plan to redeem her kingdom while the Mace will stop at nothing to free his queen. Eeek! (496 Pages)

What are you excited to read this November?