This week on Broke and the Bookish, it’s all about that audio love, and what better topic is there!? I love audiobooks! They fill my day with joy – a break from the monotonous tasks of work, strengthening my patience during the usual Houston traffic, and the cherry on top of a good day spent in the kitchen… they’re an absolute necessity in my everyday life.

My favorite audiobooks are those that take the story to another level, not merely reciting the story, but making me apart of it, enveloping me in the raw emotion the characters are experiencing, painting the scene with an enriching enunciation, differentiating characters by voice, taking on the required accent…. these are the things that make an audiobook great!

Here are a few of my favorites from this year:

(most of them just happen to be sad and deeply emotional)

One of my favorite novels, as y’all probably know by now if you’ve seen any of my previous posts, A Blessing on the Moon is also an amazing audiobook. Full of hope and harrowing sadness, I was completely overwhelmed by the story, and all because Rickman’s stunning performance.

The Book Thief by Markus Zusak
Narrated by Allan Corduner

Pretty sure this is on everyone’s list – as it deserves to be. Beautiful. Just beautiful.

City of Thieves by David Benioff
Narrated by Ron Perlman

I just finished listening to City of Thieves, and was left completely overwhelmed. The story itself is emotional, as is any WWII novel, but Perlman captured the spirit of a young man in such extreme conditions, sneaking in hints of humor as a means of coping.

The Passage by Justin Cronin
and The Storied Life of A.J. Fikry
Narrated by Scott Brick

Such a great narrator! He’s one of the few narrators that can keep my attention at all times, even during those slower moments in the story.

We Were Liars by E. Lockhart
Narrated by Ariadne Meyers

While I only gave the novel 3 stars, the story as read by Ariadne Meyers is completely heartbreaking. Her performance is so real – I totally lost it at the big reveal (which, honestly, I didn’t see coming..) 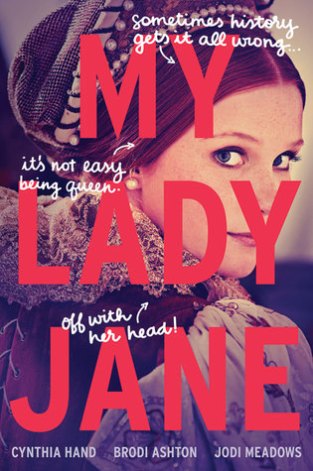 My Lady Jane by Cynthia HAnd, Brodi Ashton, Jodi Meadows
and The Queen of the Tearling by Erika Johansen
Narrated by Katherine Kellgren

Kellgren is absolutely HYSTERICAL with her narration of My Lady Jane! While there’s some humor in Tearling, her narration is more dramatic, accentuating Kelsea’s bravery as she grows from a young girl into a queen. If I were reading a story to a young child (or my inner child) I would definitely be hearing her voice in my head.

This was such a strange story, the world left in turmoil as the Earth’s rotation comes to a slow, but Card captures the heart of the novel perfectly. In my review, I touched on how the story really isn’t about the bizarre phenomenon so much as the continuation of normal, every day life in the face of such an event – Card’s narration plays well into this theme, accentuating the dramatic realizations a teen would have in normal times, and those brought on by the extreme circumstances. 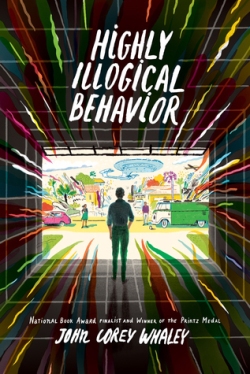 Both have narrated some of my favorite YA novels. You might recognize Daymond from the narration of Everything, Everything and Whelan from Gone Girl or Maybe in Another Life.

What are your favorite audiobooks/narrators?