To me, a summer read is something more compelling than your average novel, more thrilling, more romantic – every sense heightened. There’s just something about summer that calls for nothing short of an amazing story with bigger than life characters and a mysterious romance, basically a guilty pleasure on steroids – it’s what makes them so great for that summer road trip or just sitting by the pool, you can read them in a few sittings, and then you’re on to the next one! 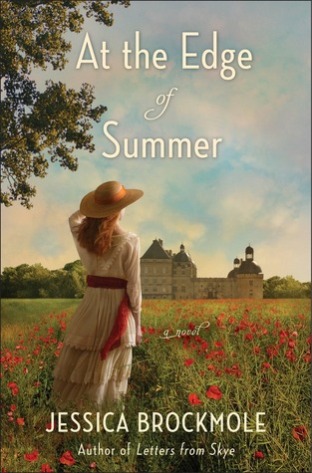 Everyone Brave Is Forgiven by Chris Cleave

An epic love triangle set in World War II. I’m hoping this is one of the options for BOTMC!!

With Malice by Eileen Cook

A teenage girl wakes to find herself in the hospital and no memory of the last six weeks or the tragic accident that killed her best friend. The perfect thriller for the summer!

A modern retelling of The Taming of the Shrew, Kate’s prospects are seemingly slim, so when her father’s young lab partner is about to be deported he, of course, assumes she’ll be perfectly eager to marry him.

Reminiscent of Peter Pan, this is the perfect fairy tale for the summer! Wylie and her brothers are magically whisked away to a tropical island and embrace the beauties of perpetual childhood, but there’s more to the mysterious island than meets the eye.

At the Edge of Summer by Jessica Brockmole

Clare and Luc meet in the idyllic French countryside, but with her grandfather opposing the match and World War I looming, she’s whisked away across the globe. Years later, the two will reunite when least expected, but will it be too late to rekindle their love? 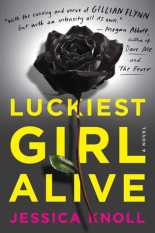 The Vacationers by Emma Straub

Yes, Modern Lovers is going to be one of the IT books this summer, but I still need to catch up on Straub’s last hit, The Vacationers! On a two-week trip to Mallorca, the entire family has gathered to celebrate Franny and Jim’s thirty-fifth wedding anniversary, but tensions will rise and secrets will be exposed.

Madeliene, Celeste, and Jane have little in common, but they each have a secret to hide and a past to erase. Each at a crossroads in life, they’ll join together to take on their ex-husbands and all the scandal that follows.

Ani FaNelli has the perfect life: prestigious prep school, check; perfect wardrobe, check; perfect fiancé, check…but it’s all a sham. She’s worked so hard to build a beautiful life, to move on, but one little secret from her past threatens to destroy everything.

Summer and secrets…what more could you want from a summer read? Georgia is living the life she’s always dreamed growing up on her family’s Sonoma vineyard, but just days before her wedding, she’ll discover a secret side to her fiancé that will changer her life forever. Running home, she’ll find he’s not the only one with a secret to hide!

What will you be reading this summer? What are your favorite beach reads of the past?