It’s been another slow reading week for me. I feel like I’m in a slump, but hopefully now that Brideshead is out of the way and done, I can move on to better things. Most of my remaining books for the month are text versions, so it’s definitely going to be a challenge to finish them all!

I’m still working on The Passage, but it’s been taking a lot longer than I thought it would since I got caught up in something else. Somehow I got my hands on the audio version from the library, but my time is up and I’m still not half-way through. I might just have to hunker down and buy a copy! Oh well, at least I’ll be prepared for when Cronin visits Houston in May! 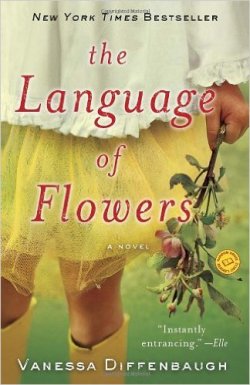 The Language of Flowers by Vanessa Diffenbaugh

At eighteen years old, Victoria is able to leave her foster home and go out on her own, but the world is rough for someone so young and inexperienced, and without a home of her own, she finds shelter in the local park. There, she makes an impression on a florist, Renata, who after recognizing her talents for making arrangements, gives her a job and sets her up with an apartment. Working with Renata gives Victoria a sense of confidence and a purpose for life, she can make people happy with her gifts and even change their life for the better. But when she runs into Grant, the nephew of a former foster parent, Victoria’s past catches up with her, revealing not only a trouble childhood, but a shocking betrayal. Romance ensues, but as her past never leaves her thoughts, Victoria continually pushes both him and Renata away, unable to accept even their friendship. Will she be able to reconcile the past before her future falls apart? Will she be able to let Grant in before she pushes him away for good? These questions were foremost in my mind up to the very last page, as Victoria’s fate was completely in the wrong hands: her own.

The novel continually shifts between the present and the past, showing both Victoria’s current struggle as well as her distressing childhood, always moving from one foster home to the next, until she meets Elizabeth, a kind woman who lives on a vineyard and teaches her the language of flowers. As their bond grows, Elizabeth decides to adopt the young Victoria, but letting her own issues get in the way, the adoption doesn’t go through. This part of the novel is infuriating, making it seem as if the ten year old Victoria is to blame, even though Elizabeth is clearly unfit to mother her. I found the tone to side with Elizabeth, pleading me to understand her side and empathize with her choice to abandon Elizabeth’s emotional needs for her own, which only infuriated me more. I hoped the older Victoria would be able to make a home for herself and move on from her heartbreaking childhood, but no such luck. She falls into an amazing support system as Renata introduces her to her entire family who adore Victoria and want nothing from her as they offer to help, but she continually pushes them away, while also supporting on them at the same time? Even considering residual effects from living in the foster care system, her behavior is completely baffling to me. The novel concludes with a somewhat realistic and happy ending, but I’m still floored that she was forgiven for all her ignorance and just plum crazy life choices.

The Hobbit by J.R.R. Tolkien

Most everyone these days is all too familiar with Tolkien’s legendary cast of characters from Lord of the Rings, but the story began with just an ordinary Hobbit living an ordinary life in regular old Hobbit-hole. Why, Bilbo Baggins, of course! After a chance meeting with Gandalf, the sneaky old wizard scribes a rune into Bilbo’s door, marking the meeting spot for the band of dwarfs on their way to the Lonely Mountain to reclaim their people’s lost treasure, the Arcane Stone. Bilbo joins their troupe as the in-house burglar, meeting trolls, giant spiders, a lonely and forgotten Gollum, and a fearsome dragon.

I listened to the 1979 BBC TV soundtrack of the Jackanory multi-voice reading of The Hobbit, and it is magical! By far the best audio book I’ve listened to yet. Each character is voiced by a different reader and they truly bring the characters to life, especially that for Smaug, the fearsome dragon. He sounds terrifying and the play-by-play between the dragon and Bilbo certainly marks the staunch development in Bilbo’s character – no longer a weak and naive Hobbit, Bilbo has become a man of the world and fears no beast, especially with an extra trick up his sleeve.  Comparing to the recent film adaptation, the novel moves along at a much quicker pace, not much time is wasted traveling as Tolkien skips right to the heart of the action. I have to say, the film adaptation is lacking in the case of Bilbo. I think they focused too much on the Ring, while not showing Bilbo’s increasing strength and sense of self which is constantly overshadowed by the Dwarves’ mistrust of him. I’m still a fan of the film, but the novel, by far, is the obvious winner. 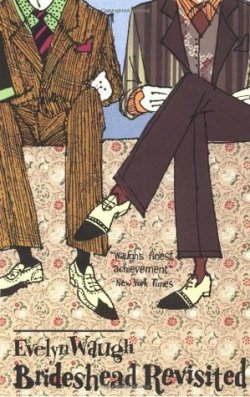 The story begins when a young Charles Ryder meets a rambunctious and unruly Sebastian Flyte at the start of his college career. From there, Charles tells the story of his tumultuous relationship with Sebastian as he’s introduced to the rest of his family and instantly engrossed in the family dynamics and their dramatic flair for life. Their relationship ultimately crumbles as Sebastian’s lust for booze cannot be quenched, no matter the intervention attempted or by who. Charles quits Brideshead thinking he would never return, but fate knew otherwise. He stakes his claim on the world with his architectural paintings and marries, but bored with normality he bravely travels to South America. As he and his wife cruise back to England in style, he fortuitously meets Sebastian’s younger sister Julia aboard and they fall into an affair. Their affair is a loving one, but as a devout Catholic, Julia ultimately chooses her relationship with God over Charles, who can’t help but question each particular of the organized faith. Charles again says his goodbyes to Brideshead, but yet again, it would not be for the last. Years later during the war, Charles finds his unit has been stationed in the very mansion that has shaped his life so dubiously, and how a fitting end for Charles to find his absolution in the chapel he had always admired.

For some reason or other, I’ve always had Brideshead Revisited on a checklist in the back of my mind, a novel I would have to read because if I didn’t, then how could I ever be a real reader of the classics. I’m glad I’ve read it, the experience surely was enlightening in certain ways, but for the most part, I’m just glad it’s finished. Checked off. I couldn’t find a single character I could relate to, or even liked as a person. They’re all superficial and self-centered and completely ignorant of the fact. They deem themselves good Catholics but the novel does nothing but characterize their mistakes and moral debauchery. That said, the novel is deeply profane, a commentary not only on homosexual relationships in the era, but the preservation of tradition and religion in a world that is forever changing. Charles spends the novel’s entirety wrapped around his art, and in the end, it’s through art, his constant search for beauty in a chaotic world, that his faith is renewed. 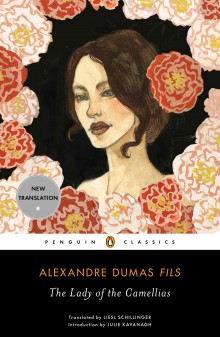 The Lady of the Camellias by Alexandre Dumas, Fils

The Lady of the Camellias, or Camille, is the heartbreaking love story by Alexandre Dumas, the younger, and is thought to be based on his real-life lover Marie Duplessis. There have been many stage and film adaptations through the years, but modern day readers will surely recognize the story as the 2001 film Moulin Rouge! is loosely based on the novel. Marguerite Gautier is young, beautiful, and charming. She lives a rich life full of parties and indulgences, a lifestyle paid for by her many admirers, for Marguerite is a kept woman. That is, until, she meets Armand Duval, and falls in love. They are both ready to give up their lives to start together anew, but his father interferes and makes it entirely impossible for Marguerite to continue the relationship, or else she would ruin the lives of his family members. Similar to Satine, she writes a devastating letter ending their relationship, and just as Christian crumbles from the heartbreak, Armand lashes out and seeks Marguerite to pay her his dues. But Marguerite is dying from tuberculosis, and their love may never be restored – only Armand and his guilt remain.

The novel is genuinely heartbreaking. The story is retold by Armand to an unnamed narrator after his lover’s death, and as such, the novel takes a loving tone that paints a favorable light on Marguerite who, in Armand’s eyes, is the epitome of virtuous love. His guilt becomes overwhelming when he chooses to move her grave to a more dignified cemetery, but mistakenly the casket is opened and he must witness the horror of her death – culminating to the point of tragedy when he must admit his Marguerite is lost to him forever.

I’m linking up with Modern Mrs. Darcy for this month’s Quick Lit! Don’t forget to check out what everyone else is reading.

One thought on “Weekly Reads: Week 14”