This week on Broke and the Bookish, it’s all about book clubs! To me, there’s nothing better than a book that gets you talking, and what’s more thrilling than an epic journey? Spanning history or continents, or even both, many of my most talked about favorites start out as a journey into the unknown, an uncertain future held in the hands of the main character as they trek across uncharted dangers to face their fears and overcome immeasurable obstacles. What are your favorite literary journeys?

The Signature of All Things by Elizabeth Gilbert

The Signature of All Things is an epic tale following the life of Alma Whittaker from an enchanted childhood in the Pennsylvanian countryside to her groundbreaking explorations in love and botany among the strange inhabitants of Tahiti. Spanning centuries and continents, Alma’s path is riddled with unforgettable characters and defined by the spur of the Enlightenment, weaving an adventurous tale enriched with history, scientific advancement, religion, and person exploration into the unknown. 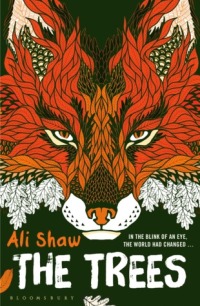 The Trees by Ali Shaw

Adrien Thomas has never been the hero. Quite the opposite, the very image of candles burning near a table cloth is more than he can take, and after years struggling with anxiety and listlessness, his wife has finally convinced him to give up teaching in pursuit of something better… but that was more than a year ago. Now, while his wife is away on a business trip, his only plans are spaghetti westerns and greasy Chinese takeout, until the trees decide otherwise. Without warning, his serene suburb is transformed into a monstrous woodland, but not just his tiny town, the entire world, taken by the trees and sending Adrien on the journey of his life. 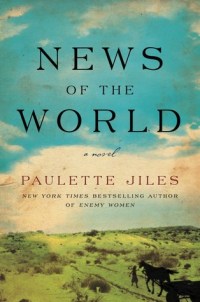 News of the World by Paulette Jiles

Following the end of the American Civil War, News of the World follows the story of Captain Jefferson Kyle Kidd as he travels through Texas reading the news to audiences anxious to hear their fate. His journey is lucrative and steady, but once the saddlebag newsman is offered an astonishing $50 gold piece to deliver a young orphan to relatives in San Antonio, je jumps to accept. They’ll make the 400-mile journey south through unsettled Indian territory, full of wild animals and an unforgiving terrain, but as the miles pass, the two form a bond deeper than blood, a bond that makes his job to pass the child to estranged relatives discouraging.

To the Bright Edge of the World by Eowyn Ivey

City of Thieves by David Benioff

Set amidst the Nazi’s brutal siege of Leningrad, Lev Beniov is arrested for looting when he’s found outdoors after curfew, but look is on his side. Thrown into the same cell as the handsome deserter, Kolya, instead of being executed, both are given the ludicrous task to collect a dozen eggs for the Soviet colonel in command. Making their way across the fallen city, cut off from outside resources and suffering incredible maladies, Lev and Kolya head for the countryside, behind enemy lines, in order to complete their task, in order to stay alive.

Between Shades of Gray by Ruta Sepetys

In the midst of World War II, Lina struggles to understand the changing world around her. One day spending countless hours on trivialities and driving the boys mad, the next day fleeing her home under the command of Soviet officers. Together, they’ll make the harrowing trek from Lithuania to their work camp in the far reaches of Siberia, crossing 6,500 miles in the Arctic Circle in the peak of winter. Sepetys’ latest novel, Salt to the Sea, is also a great pick for an epic journey, following a group of refugees making haste for a last ditch effort to escape the assaulted countryside.

An allegorical tale for the ceaseless wars between Saxons and Britons, Ishiguo weaves an enchanting veil as you enter an Arthurian England in which a magical mist has overtaken the realm, wiping away cherished memories and muddying good intentions. From heroic knights to terrifying ogres, an elderly couple defies all odds, making the unlikely journey from their small village and across the country in search for their long lost son. 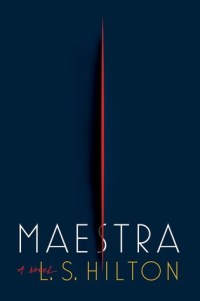 Judith is chasing her dreams. Wanting to be a leader in the art community, she lands a spot at one of London’s most prestigious auction houses, but after years suffering corruption and blatant snobbery, she finds herself saddled as a lowly assistant, working nights at a champagne bar to make ends meet. Encountering a possible fraud, she alerts her boss of the ensuing embarrassment, only to find herself in the midst of an art conspiracy and with the boot. Desperate and in need of cash, she accompanies an illustrious client from the bar to the French Riviera, but an ill-advised attempt to slip him a sedative leads to trouble. Now, fleeing for her life and seeking revenge, Judith relies on her uncanny abilities to masquerade among the rich and famous, trekking across Europe and yachting with unsuspecting allies, her journey will keep you on the edge of your seat until the very end.

Set just after the Revolutionary War in the American South, three men bound by their search for freedom will go to desperate lengths to take hold of a future not promised by fate. An escaped slave, a Creek Indian, and an emotionally bruised white man are on the run when their paths fortuitously converge. Free Men gives readers a new meaning freedom and family as their path to freedom unveils faith in country and fellow man alike.

What would you do if the world surrounding you suddenly changed? If everyone you knew and loved disappeared without a trace? Would you cry? Would you fight? Would you walk until there wasn’t anything left to do but walk some more? These are the questions that make Station Eleven such a compelling story, forcing readers to ponder their own course of action as the effects of a world changing illness are brought to light. Following an entirely unique cast of characters connected by shear chance, a Hollywood actor, a reporter, a failed artist, a mother, a nomadic group of Shakespearian actors, their journey takes them across the Great Lakes, searching for survivors and a chance for a new start. Spanning decades, moving back and forth in time as the novel relates the before and after of the devastating epidemic that’s spread world-wide, Station Eleven tells a story of friendship, of love, and human spirit in the wake of terrible tragedy and unyielding hope.

What are your book club picks?